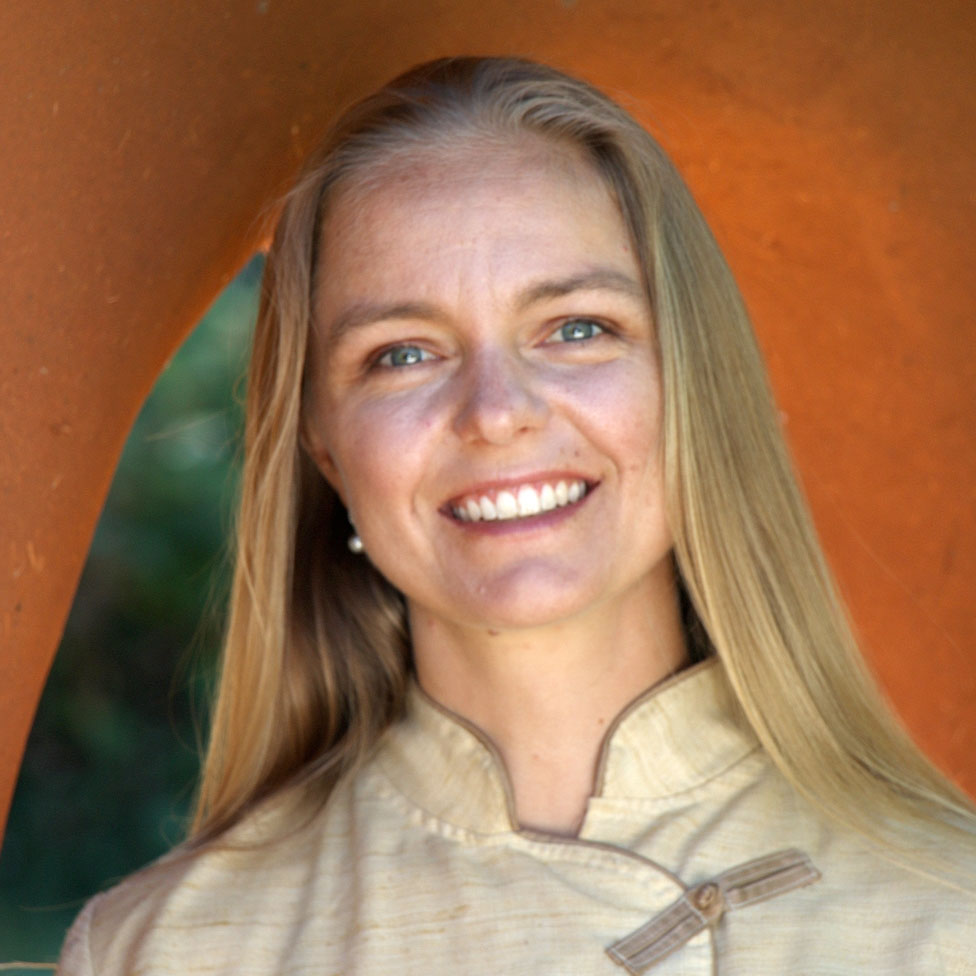 From the Chopra Center and her green yoga studio, Yoganic, in San Diego, to Mexico and Northern California, Schuyler has taught thousands of students in yoga studios and gyms over 18 years, and developing many programs for people who would never set foot in a studio.

Schuyler grew up in Las Vegas with deep conditioning around the value of a woman from a young age, likely more from billboards and taxicabs than from her mother, who considers herself a feminist.  She rode horses competitively for eight years and taught kids to ski since age 11. Around the time she entered high school, her horse died of cancer, and she found her way into three sexual assaults, one a year, at 14,15, and 16 years of age.  She learned to channel her grief and pubescent strife through performing arts.  After graduating from an arts boarding school in Southern California, she pursued a BFA in acting from University of Utah, which she received in 2000.  Her first job was in Los Angeles, where she followed those dreams for three years, acquiring an agent and acting in small productions and films. In 2001, she took up a personal yoga challenge, practicing every day for a year.  In 2002, her mother spent three weeks undiagnosed in the hospital in a coma.  It was then that she decided to devote her life to understanding the ancient arts of healing from Eastern traditions. Her mother is still alive and well.

In 2003, Schuyler received her Hatha Yoga certification (RYT) with 500 hours in Restorative, Classical Hatha and Vinyasa styles from the Yogic Medicine Institute.  In 2005, she graduated in Swedish and Asian Massage (CMT) with 775 hours from Mueller College of Holistic Studies.  She graduated in 2011 as a Clinical Ayurvedic and Pancha Karma Specialist (CAS and PKS) with over 2,000 classroom and internship hours from California College of Ayurveda.

From the Chopra Center and her green yoga studio, Yoganic, in San Diego, to Mexico and Northern California, Schuyler has taught thousands of students in yoga studios and gyms over 18 years, and developing many programs for people who would never set foot in a studio.

For three years, she assisted and led Pancha Karma at Blue Sage Ayurveda in Northern California.  Since 2011, she has offered Ayurvedic Health Consultations for clients in her private practice, as well as being a Certified Domestic Violence and Sexual Assault Counselor, and teaching women’s self defense classes with RAD Nevada County.  Schuyler also attended the United Nations Commission on the Status of Women as a delegate in 2012 and 2013, which helped hone her vision of yoga as a public health and social justice initiative, especially for survivors of trauma.

She has been published in Consumers Health Digest, Everyday Ayurveda, and The Union newspaper.  She has led or taught in four Yoga Alliance Certified Teacher Trainings, of which her Yoga for Trauma Recovery Institute is a Registered School (RYS).  She is a continuing education provider for Yoga Alliance and National Ayurvedic Medicine Association, and is certified as a Yoga Therapist (C-IAYT) by International Association of Yoga Therapists.  She presented on her research with inmates at Wayne Brown Correctional Facility at the National Ayurvedic Medical Association’s 2019 conference.

Schuyler had a beautiful baby girl in February, 2016 and a baby boy in September, 2018.  Schuyler loves to hike with friends, swim in the river, ski in the winter, and support her community to embody better balance in body, mind and spirit with the world!